Aspire not to be someone else . Instead aspire to be the dream you (:

After test was chinese . Ming Sheng was laming me ! Vandalizing my pencil case with liquid paper just because I commented that jeannette's one on his was nice =X

For the first half of my break I was studying . Trying to not succumb to temptation by all the french fries ! After that I gave in to NACHOS ! AHH ! Can't believe that I am so mentally weak :X darn ~

Then was computing lesson . Seriously ! Ming Sheng has all kinds of things in his thumb drive . Caught him playing games during class ! 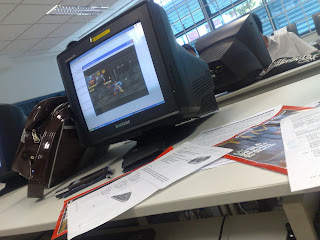 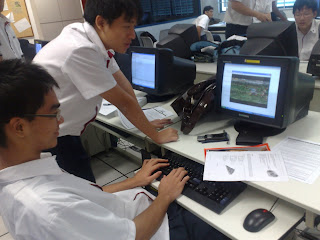 Jolene came over to disturb him and tried talking on msn with his friend . The conversation went like this .

jolene : hellos
friend : hi
jolene : i have something to confess . im a bisexual
friend : oh well ..
jolene : aren't u surprised ?
friend : not rly ..

It was so hilarious . I was actually feeling bad for ming sheng . If my friend do this to me I would kill them ! and it seems like ming sheng did not mind it which was alarminging .

Up next was maths lesson .

DANCE WAS GREAT ! Cartwheels and more cartwheels ! really happy ! I can almost do one now . Trying to force my legs to be straight when they are up in the air . After I mastered cartwheels, I shall work on my splits ! JIAYOUS ! :DD

and I DECLARE THAT I WILL STUDY TILL MIDNIGHT EVERYDAY TILL PROMOS ARE OVER ! ZOMBIE OR NOT I DON'T CARE ! I SHALL NOT RETAIN ! :DD JIAYOUS EVERYONE !
sometimes its so suffocating to be around u
yet u have nv understood why
i really want to just .. cheer you up
Posted by hwee// at 9:19 PM