After that, they left ><" Suddenly it was so quiet . But I really enjoyed today xD Thanks guys for making your public holiday free and come celebrate it with me . I hope that you guys had fun today because I really did . Love ya guys a lot .
Lastly, thanks for your gifts ! :D
First up is WeiQin's self made shoes ! I mean the design ! :X Nice ! But I think that the butterfly one is nicer . She thinks that this one is nicer . Both are nice ! :D Thanks for the shirts too (: 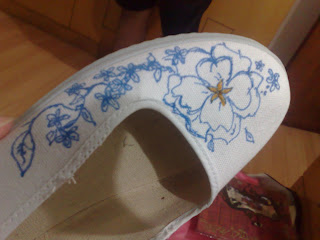 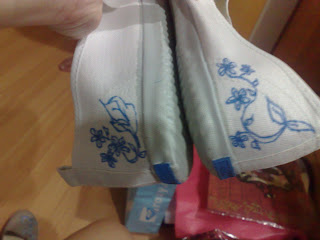 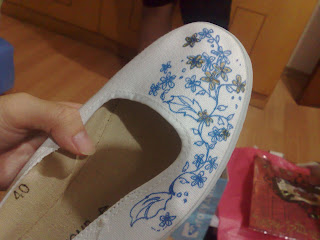 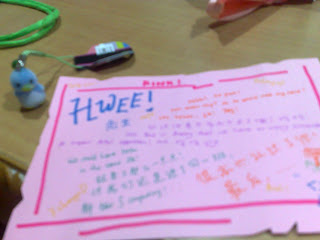 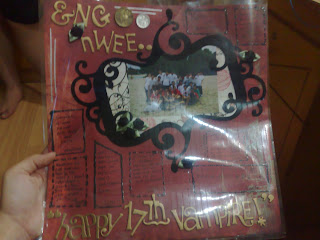 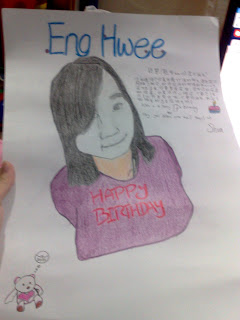 Thanks Linglan for the treat yesterday too ! I love it .
Thanks for the cake !
Thanks to my maid for the flowers . She folded them using stuff that I wanted to throw away because I thought there weren't a use for them . Thanks for making effort (:
Guys thanks a lot . And I want to make a point that you don't have to spend a lot of money on my birthday gifts . Those heart felt gifts that you all made really touched me (:
Thanks for making me feel that I'm part of your lives . I hope that I won't be a passerby only but someone there for ya when you need me . Someone that doesn't need to make a huge impact on your life but someone that made you feel that you are part of my life too . Thanks for caring for me when I need help . Thanks for everything you guys gave me . Thanks for being able to tolerate my flaws and also appreciate me as one . Thanks for making this year a great year . Thanks . And please don't leave my life no matter what . I want to be your friend always (:
Love ya people . Thanks a lot (:
This new year ahead, I would make sure it would be a more fruitful year . And make sure I cherish every second of it (:
It ain't money that buy people's hearts . Its the willingness to sacrifice time and effort . The yearning to love and care for someone that buys people over (:
Posted by hwee// at 6:46 PM